The SILVER button is for a PayPal express donation of $10CAD. Buy me an espresso.. No muss, no fuss..

The GOLD button takes you to PayPal's custom donation form, where you can specify the amount and make it monthly if you want to support this Covfefe Operation.

Whatever, Enjoy yourself, and enjoy the resource while it's here, but make sure to ask at least a couple people each day why they're wearing a mask. Enter into a non-confrontational discourse, and refer them to MaskSickness or KillingOntario .
—Peace, you inglourious basterds! 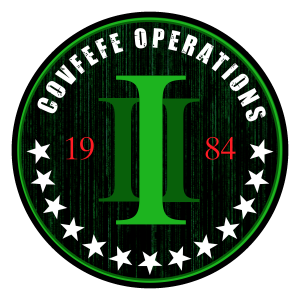 Covfefe Operations + Intelligence was originally spawned for an operation dealing with the BC medical mafia, and seeking legal and lawful remedy with an open and transparent process. We've run several smaller ops since then, but our present concern is the huge, unprecedented scamdemic being run by a network of rogue government actors. Everything else is subordinate.